Seeing that history turns in cycles, I always wondered, that after the overall demise of extreme socialism in the form of communism, if the victorious individualistic driven world of capitalism would have to reckon with a new socialism ideology.

Here's a delicious online debate on the Wall Street Journal that a colleague kindly forwarded. Whenever there's a contentious topic at which we are seeking definition, it's useful to get the experts to have a duel to decide for us. The debaters are

Keen kicks of the debate with:

[...] Mainstream media's traditional audience has become Web 2.0's empowered author. Web 2.0 transforms all of us -- from 90-year-old grandmothers to eight-year-old third graders -- into digital writers, music artists, movie makers and journalists. Web 2.0 is YouTube, the blogosphere, Wikipedia, MySpace or Facebook. Web 2.0 is YOU!
...
Yes, the people have finally spoken. And spoken. And spoken.
Now they won't shut up. The problem is that YOU! have forgotten how to listen, how to read, how to watch. Thus, the meteoric rise of Web 2.0's free citizen media is mirrored by the equally steep decline in paid mainstream media and the mass redundancies amongst journalists, editors, recording engineers, cameramen and talent agents. Newspapers and the music business are in structural crisis, Hollywood and the publishing business aren't far behind. We've lost truth and interest in the objectivity of mainstream media because of our self-infatuation with the subjectivity of our own messages. It's what, in "Cult of the Amateur," I call digital narcissism. A flattened media is a personalized, chaotic media without that the essential epistemological anchor of truth. The impartiality of the authoritative, accountable expert is replaced by murkiness of the anonymous amateur. When everyone claims to be an author, there can be no art, no reliable information, no audience.

Everything becomes miscellaneous. And miscellany is a euphemism for anarchy.

then, Weinberger responds with:

[...] We also agree that the Web is a problem. ... is that because anyone can contribute and because there are no centralized gatekeepers, there's too much stuff and too many voices, most of which any one person has no interest in. But, the Web is also the continuing struggle to deal with that problem. From the most basic tools of the early Internet, starting with UseNet discussion threads, through Wikipedia, and sites that enable users to tag online resources, the Web invents ways to pull together ideas and information, finding the connections and relationships that keep the "miscellaneous" from staying that way.
...
that raises one other myth that I think runs under your comments. You say "the intellectual authority able to help people understand the world is indeed endangered." Then you ask if I'm convinced that the Web benefits intellectuals. Yes, I am. And that's because, while some talent is indeed solitary, many types of talent prosper in connection with others. That is especially true for the development of ideas. Knowledge is generally not a game for one. It is and always has been a collaborative process. And it is a process, not as settled, sure, and knowable by authorities as it would be comforting to believe. ... Consider how much more we know about the world because we have bloggers everywhere. They may not be journalists, but they are sources, and sometimes they are witnesses in the best sense. We know and understand more because of these voices than we did when we had to rely on a single professional reporting live at 7.

And so on it goes. There are further links below to follow up, if you are interested. 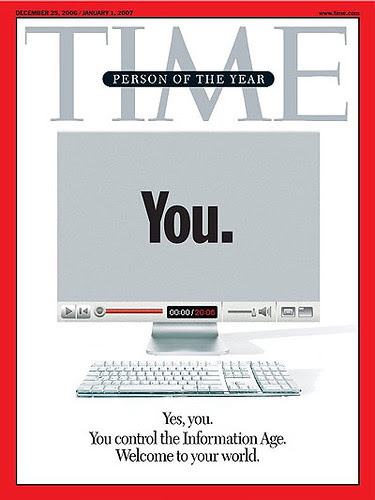 Both persons have come up with some valid points but the main thing of debate is that one has to right and the other one has to accept it . I enjoyed reading the points of both btw.