As the New Zealand Governor General Anand Satyanand embarks on his official visit to India, a lot of the media is focussed on concluded negotiations of the Nuclear Suppliers Group (NSG) deal. This attention hides another aspect - the growing bilateral business transactions and future potential.

Like so many others around the world, New Zealand is beginning to use India's capabilities in information technology, training and business processes support. Its beneficial that the trade is going both ways. While ambitious but understaffed projects in New Zealand can use Indian scalability, the many innovative products developed in New Zealand, such as Xero, Silverstripe and Greenstone can find customers in India.

There has been a flurry of news recently:

India has become synonymous with international technology outsourcing. Now Delhi-based training company Koenig Solutions is encouraging Kiwis to go to India to get IT qualifications that are certified by companies such as Microsoft and Cisco.

Koenig offers "boot camp" courses with the option of one-on-one training at a price it claims is half that charged by New Zealand providers.

That New Zealand's trade commissioner to India, Paul Vaughan, has survived three years without a single case of "Delhi belly" is either a marvel of human health or extreme good luck.

Either way, when it comes to doing business in India Vaughan says it helps to be tough.

But more than that, he says it pays to be organised.

With a population of more than a billion and an economy that is growing second only to China's for speed and intensity, India can be an overwhelming place to do business.

ANZ National bank has told workers doing back office jobs in Wellington and Auckland that the work done by 238 of them will be done in India in the future.

The meetings yesterday with workers at the bank's lending services centre in Auckland and customer transaction service centre in Wellington were the start of a two-week consultation period over the outsourcing of the work to India.

Privately owned Jade Software Corp is hailing a deal to sell a software product in India as the most significant it has entered into in the last five years.

The company did not put any numbers on expected revenue or profit from the sales but said up to 100 centres in India will have the software by the end of the year.

The general manager of retail transformation, Pawel Grochowicz, says that at its peak up to 300 Tech Mahindra and Telecom staff will be engaged on the multi-year project to create the "Next Generation Telecom".

"It is going to be a mix of onshore and offshore resources. We will look to bring some Tech Mahindra staff onshore, as well as having some offshore. It is very difficult to say what the exact number of Tech Mahindra people will be."

Cash-rich Indian travellers are being stopped from taking their dream trip to New Zealand by expensive and inaccessible airlines.

The market for Indians travelling to New Zealand has risen from 19th to 12th since 2003, and, while still small, is a cash cow that is being overlooked by tourism operators, an Indian travel buyer says.

Posted by Aditya Prateek Anand at 8:26 PM No comments: 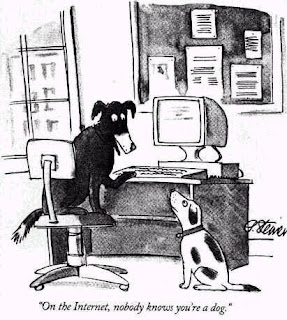 Posted by Aditya Prateek Anand at 8:45 PM No comments: