Travelling by train from Delhi to Punjab and back, at least once a year, is something I have done since I was born. The distance between my mother’s family and my father’s was covered by the trusty North-Western Indian Railway, but the journey has changed each year that I have made it. Twenty years ago, we could drink the water straight from the many public taps, eat the delicious food hand-made from the various stalls by jolly gents, served in small bowls made from dried leaves. Sip tea in earthern clay cups which one could later smash, almost ceremonially, on the tracks without impacting the environment. There was a substantial feeling of space, of cooler fresher air, cleaner sunshine. The population of India then was a bit over 780,000.

Now it is approaching double that figure - at the time of writing about 1.3 billion. The population graph is an unsustainable exponential, with unthinkable consequences. The train journey of my childhood is very different now, impacts of crowding, resource pressure, commercialisation and inequality very clear to behold. The water from the public taps is an unknown risk, the food is made from untrustworthy sources, made by unreliable and uncaring hands, belonging to people who have been standing in the blistering heat all day, in a wind that blows hot, mixed with fumes of diesel and rot. The sunshine is a brownish yellow, and at night the stars are veiled.

The main difference though is the disappearing countryside. Twenty years ago, the view from the iron-barred open train windows was of a rolling countryside - farmlands upon farmlands, a plethora of ponds, some with cattle floating merrily, the small towns flashed by quickly. Now the view from the tracks of the whole journey, from one major city, Delhi, population:22 million to another Ludhiana, population:1.6 million barely seems to touch upon green at all. The rail tracks border towns are expanding, infused with new boisterous economy, factories everywhere, large residential colonies for the new ‘aspirational classes’. The quiet farmers seem lost in all this, out of place. I had contemplated the urban emergence being akin to a monster, being fed by rail and highways, growing remarkably, with disturbing speed. It’s not long now, before the entire journey of 320km (200miles) would be through a continuous urban corridor.

This phenomena occurring throughout the ‘tiger’ economies of Asia is being referred to as the emergence of ‘The Great Asia Megacity’. In an article on ANZ’s Bluenotes on the ‘The Hyper Urbanisation of Asia’:

What if your urban hipster lifestyle was not in a city of 5 million people? Or even 10 million people? How would a hipster define "urban" in a mega-urban-agglomeration of nearly 3 billion people stretching nearly 12,000 kilometres from its northern to southern suburbs? Would you want to be right in the centre of that urban sprawl or would outer suburban fringe dwelling be more suited for you?

Welcome to the future cities of Asia! Indeed, we may be misleading you already. A process of hyper-urbanisation is already underway across Asia. If that development continues at its current pace and depth it would inevitably lead to the entire urbanised population of Asia coalescing into one contiguous mega-urban-region that will hug the Pacific rim from Beijing in the North to Jakarta in the South. It will be the greatest city mankind has ever known. - The Hyper-Urbanisation of Asia Part 1: Asiaopolis

The above article series explores this phenomena from a economic opportunity point of view, but one can’t help but be dismayed about what this will mean in terms of planetary impact.  It has to be realised that this is not just a study in abstract, but the today and tomorrow of the very biosphere that surrounds us. The articles also discuss the following terms:

Megalopolis:  a chain of roughly adjacent metropolitan areas which eventually fuse into one contiguous urban area (from article)

Eperapolis: a city that occupies a continent (from article)

Ecumenopolis:  a city made of the whole world


Now, where have I seen this before? Ah yes, in the world of Science-Fiction, in the very centre of Isaac Asimov’s Foundation series (1942-) setting of a galaxy-wide human empire lies a capital city of Trantor. (The concept was also copied in Star Wars universe’s capital city-planet of Coruscant) This city, that defined the term Ecumenopolis, is actually a whole planet - borderless, continuous, without respite, all in metal, closed to the sky and closed to the ground. In the author’s own words ..

“TRANTOR— . . . At the beginning of the thirteenth millennium, this tendency reached its climax. As the center of the Imperial Government for unbroken hundreds of generations and located, as it was, toward the central regions of the Galaxy among the most densely populated and industrially advanced worlds of the system, it could scarcely help being the densest and richest clot of humanity the Race had ever seen.

Its urbanization, progressing steadily, had finally reached the ultimate. All the land surface of Trantor, 75,000,000 square miles in extent, was a single city. The population, at its height, was well in excess of forty billions. This enormous population was devoted almost entirely to the administrative necessities of Empire, and found themselves all too few for the complications of the task. (It is to be remembered that the impossibility of proper administration of the Galactic Empire under the uninspired leadership of the later Emperors was a considerable factor in the Fall.) Daily, fleets of ships in the tens of thousands brought the produce of twenty agricultural worlds to the dinner tables of Trantor. . . .”

We are not yet the centre of the galactic-empire. We haven’t even set foot beyond the moon. There is nowhere else to go, to source our dinner tables from, so what we do with this planet will echo back at our well being and quality of life. Right now the calculations of human governance do not factor in the environment, so things are out balance. From current standpoint the scales are going to tilt till some non-anthropocentric agency comes to righten things, when and which agency are questions to the future.

Following maps show the impact on the land corridor I referred to in the first few paragraphs. The data still does not take into account the last 5 years of further exponential growth. You can infer if the development is positive or otherwise.

On that train journey, we don’t buy open food from the stalls anymore, or drink from the public taps. The more affluent, we seal ourselves in air-conditioned train bogeys with sealed-windows , where the food is served from train-authorised on-board catering, with water out of hermetically sealed plastic bottles. There’s a note on the bottle, to remember to crush before disposing, just in case it is picked up and reused and re-sold in counterfeit. The less-affluent still use the regular resources, they can’t afford the high-priced guaranteed food. They are exposed to all the risks of less controlled products. The half-joke runs that their bodies have higher immunity. The joke on me is that after eating the ‘better-quality’ food I still got sick.

And you..
What about your travels - what and where have you seen change over time? The good changes, the not so good? Feel free to comment.
Posted by Aditya Prateek Anand at 10:15 PM 4 comments:

Stuck with a smaller-SIM card and have to switch to a phone which uses the larger (normal) version?

Like a lot of people I recently put in an order for a new iPhone which are several weeks away from delivery, and in simultaneously managed to sell the existing older-generation iPhone. What to use in the meantime? I fished out an older Android phone from one of the storage drawers, but had an issue - it uses a ‘normal’ regular size SIM card. The size difference is shown below. 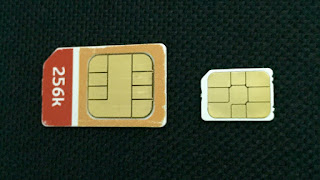 There were two options. First, to purchase a commercially available adapter as in image below. 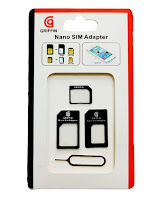 Or second, perhaps much more fun and challenging - make my own. I took on the challenge, as I didn’t have the time to wait for a purchased version to come in.

The following ingredients were required:

Note: The website mentioned also offers options of converting a regular-SIM to nano/micro-SIM, which is probably a DIY destructive process. Also to convert micro-SIM to regular-SIM, which is similar to steps above.

There is always something happening on Petone Beach - sailboat classes, carnivals, fireworks, and on this gray and windy day - Kitesurfing.

Out for a walk with my son, we stopped for quite a while in the bone-chilling wind and observed the goings-on. I was able to take out my trusty mobile and capture the footage below.