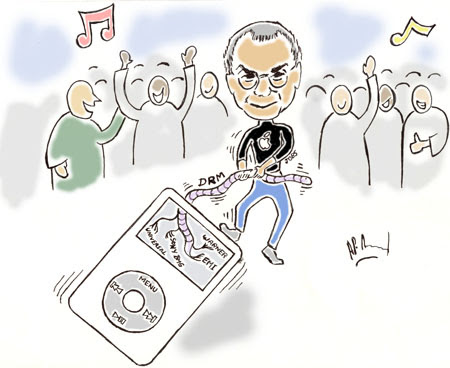 I wonder how a Mozart or Madonna would have fared in a skewed market like this.
Posted by Aditya Prateek Anand at 12:37 AM

Good of him to pass off the blam

As lay persons in the IT, v relished the points put fwd by u:the less
the muddlesome & meddlsome middle-devices-persons,the better.