The Environment and Resources: A Bonfire of Insanities 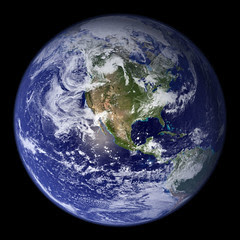 With India and China joining the fray in rapid industrialisation, and with their increasingly affluent populations being able to afford more consumption, the pressure on the earth's resources is higher than ever.

And meanwhile the amount of greenhouse carbon dioxide gas being released into the air is increasing.

Dr. Carl Sagan once remarked, a couple of decades ago, in the series 'Cosmos' that we have an example of an extreme greenhouse effect planet in our solar system itself - Venus, the evening star. It is a planet which is a neighbour of Earth, entirely covered in a haze of dense cloud 2 km thick, the top of which is carbon dioxide. On sending probes into the planet's atmosphere, it was discovered that these clouds rain down concentrated sulfuric acid onto the surface. The clouds also trap all the heat coming onto the planet, and the surface temperature stands at 380 degrees celsius (900 degrees fahrenheit). Dr. Sagan remarked that 'Venus is the one place in the Solar System most like hell'.

The typical model lifestyles marketed by western nations are now known to be unsustainable. If the typical UK household water consumption was mirrored in every other nations, the rivers would have run dry long ago. In India, in many cities municipality water is pumped into houses for only a few hours a day - this is usually collected and stored, and then used carefully for the rest of the day. Naturally, it is not something people are happy with and many of the better-off have installed groundwater pumps to pull up the groundwater for domestic use. As this increases, is it any surprise that groundwater levels are also dropping?

David Suzuki once remarked in an interview "we are all having a big party with the earth, how long will it last?". Carl Sagan said "we are using up the Earth's resources, as if they are only for this generation". Again due to the increasing affluence of world citizens, and their ability to consume more - manufacture has been increased. 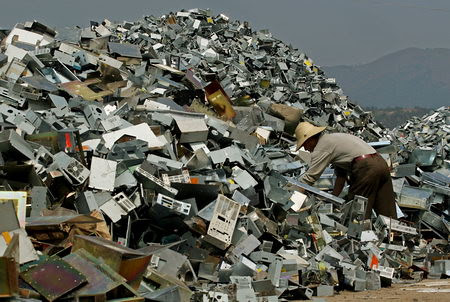 The earth was made with all it's riches embedded together. Human civilization is based on the separation of the elements from each other and using each for its unique qualities. But once we have used these, we leave a complete mess, perhaps even more entangled than when we found it. Consider that a used and disposed computer contains a 1000 toxic elements in it, all melded into a tight micro-technology. Recovering the components from our creations is usually more costly than the creation itself.

I took the Karnataka Express in the summer of 2001 from the southern Indian city of Bangalore to the North-Central capital New Delhi. It's the longest passenger train in India going on a 2-day and 2-night train ride. I had a nice window seat where I spent much of my time looking at the landscape outside. I found the state of the land disturbing. During the entire trip, the land looked dry and whatever streams and rivers we crossed were either small trickles or entirely dry. I wondered if the country would one day become a desert.

I recieved a sort of confirmation a few days ago when on TV a panel of experts started discussing the increasing desertification of certain areas. Many of the world's intelligence agencies are reported to be saying that all future wars will be over water. There are worries in India that China is diverting the Brahmaputra river that runs from it into India. Karnataka and Tamil Nadu states routinely enter into dispute over the Cauvery river that they both share, including violent protests by students.

This brings me to 'the good old days', when we weren't really damaging the environment. What were we doing right. First of all, the population today is three times what it was in 1940 - we didn't need so much. Second is that the technology of that time didn't have the range of materials we have now. Third, is that we couldn't exploit the world at the scale that we have perfected at present. Fourth, is that we could't afford so much.

What happens when the resources start running out? Will we go back to the ration-system of war-time, with the government controlling how much we are allowed to consume. Will this require a regression from democratic systems of government.

The environment is who we are and we will be affected in every way from it. I don't think we can afford space suits for each of us to live on earth.
Posted by Aditya Prateek Anand at 5:54 PM